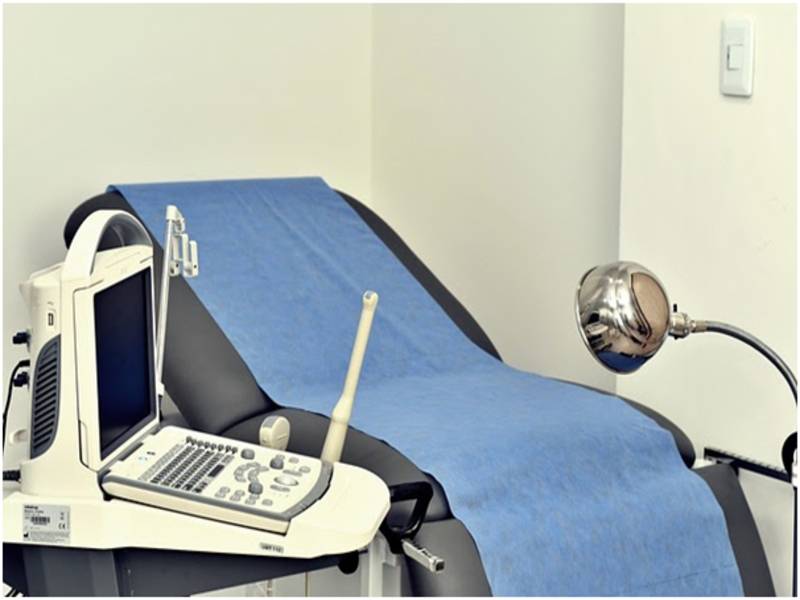 In order to answer our readers’ the most asked question, we sometimes ask doctors having moved to Poland from the countries of the former USSR and got the nostrification, to share their experience. This article we interview a young gynecologist from Ukraine who is sharing her story.

After her internship in gynecology, our interviewee worked in the gynecological department in Ukraine for almost 7 years. However, there were very limited opportunities for growing professional skills. By chance, she got the opportunity to be surgery assistant. Could we admit, conducting ultrasound diagnostics in Ukraine requires prior qualification training? Normally, there are trained technicians for that and gynecologists, especially young ones, do not have permission to perform it. To get it, they need to learn the process at the paid courses.

It is widely known, that the lab facilities and hardware diagnostics in Ukraine are very poor and depend on how much a patient is ready to pay. There is a strict dictatorship of the head and hierarchy in the departments of Ukrainian hospitals. As they say, the key to the operating room is always in the pocket of the department’s head. The expression is not far from the reality though, as the head does confirm or cancel permissions as to the roles of doctors performing surgery, e.g., who is supposed to perform and who is supposed to assist.

Thus, making a decision to move to Poland in order to develop a professional career, she was motivated for a reason. Working in Ukraine was satisfactory neither for the soul nor for the pocket. Using the service of the Euromed Foundation to be sure, our colleague managed to get nostrification and to pass the language exam from the first try. On receiving all the necessary certificates, visa and other documents, she got a limited permission to practice medicine and began a postgraduate internship in one of the Polish hospitals.

The hospital is in a small but quite picturesque town with good infrastructure. The internship is paid by according to the law. In addition, the doctor signed a three-year contract with her employer. She intends to confirm her diploma, as the hospital is in need to hire a gynecologist.

The internship involves working in different departments such as therapy, surgery, pediatrics, etc. However, in this case, since the doctor has quite a lot of experience in her major specialty and she does not intend to change it, the hospital offered her a flexible internship schedule. For most of the hours, her duty was scheduled for the in-house gynecology department and less hours for out-of-the house psychiatry and family medicine, in other hospitals to carry out.

We asked whether she was on the good side of Polish gynecologists. According to the doctor, the Poles were very kind to her and expressed bewilderment when heard, that throughout seven practicing years, she never performed a surgery.

In order to teach her quickly, as the hospital was in need of skilled personnel, the head of the department advised the doctors to take her to all surgeries they perform. The activity was quite busy, as the gynecology department in the hospital covered a wide range of surgeries except the oncological cases.

Almost from the start, our interviewee was actively assisted during surgeries. In the first six months of the internship, she mastered ultrasound diagnostics. Now he is able and permitted to perform an ultrasound scan herself. She has already 3 performed cesarean sections on her record, though, supervised by the senior. She is continuing to assist for endoscopic surgeries, and is actively learning the technique. Hysteroscopy, colposcopy have become routine for her. Such a progress in six months!

The diagnosis capacity in Poland aren’t comparable with those in Ukraine, since in the first all diagnostic tests are covered by the National Health Fund, and the doctors never look into patients’ pocket in order to find out his paying capabilities to cover lab and hardware tests.

Recently provided endoscopy training hardware for the department our colleague works at, brought even more opportunities for growing professional skills as all doctors are free to take training.

We asked our interviewee if her work makes her exhausted. Her answer was positive, including several pros. Firstly, she is the one most interested in her rapid professional growth, so she takes on additional duties to those scheduled in the plan. As they say, “hard in training – easy in battle.” Secondly, she gets great satisfaction from her work and sees an excellent perspective to pursue her career.

We wish her non-stop success and quickly passing diploma confirmation period. After all, residency lasts 5-6 years finishing in quite a difficult exam. Meanwhile, confirmation of diploma is a quicker way to the desired goal.