Surgery in Poland: how is it? A review on the internship by Maksym Ivannyk, a Colorectal Surgeon 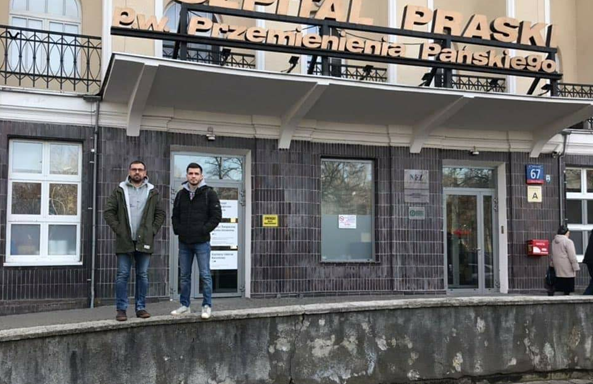 Surgery in Poland: how is it? A review on the internship by Maksym Ivannyk, a Colorectal Surgeon

My name is Maksym Ivannyk. I work as a Chief Surgeon of the Kyiv City Private Clinic “HarmoniiaZdorovia”. On February, I completed an internship for surgeons in Warsaw by the Euromed Foundation. Whereas I am a doctor with a long-term experience, for me it was rather an exchange of experience with Polish colleagues than an internship. I will tell you more about how it went.

I graduated from the Dnipropetrovsk State Medical Academy, received a degree in Surgery and Proctology. After graduation, I completed a semi-annual specialization in surgery at the Caroline Institute in Sweden. In 2010, I went for internship in Germany. I have worked as a doctor for 18 years.

I have been to Poland before, not for training, but to exchange experience with foreign colleagues. I believe that a surgeon who has been working for more than 10 years is no longer interested in training. I was interested to see how doctors work in another country, what equipment they use, how the surgeries are performed. This was the purpose of the internship by the Euromed Foundation.

I have known the Euromed Foundation since its foundation. In 2016, I went to Poland for the first time under the Foundation’s program. It was an introductory one-day trip. And then I wanted to participate in a longer program in order to get a closer look at medical practice in Poland.

When it became possible to see the work of Polish surgeons from the inside, I immediately took it. I went for the internship in February, because at this time, I have 20-30% less work in the clinic and it is possible to set aside a few days for the trip.

It is simple for amedical practitioner to make documents for participation in the internship program. I submitted my medical education diploma and the practicing surgeon certificate. This was sufficient for goingfor the internship in Poland clinics. 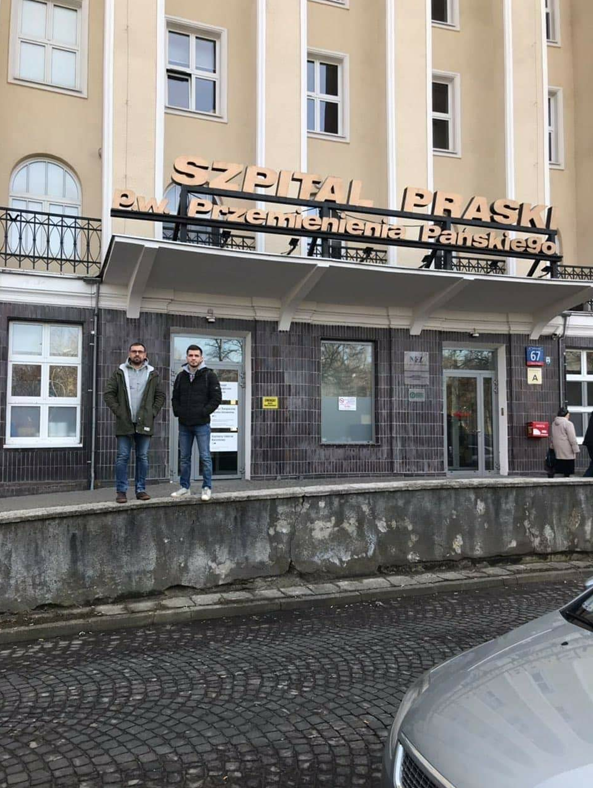 Near the Oncosurgery Department

Hospitals where the internship was held

The internship lasted five days. During this time, we visited two clinics in Warsaw:

How the program was held

Under the internship program for surgeons, 7 people came in total: me, my colleague Ihor and 5 undergrad students. The program for medical practitioners was different from the one that was developed for students.

The Prague Hospital is considered a clinic with the best equipment in Warsaw. One of the internship days, we went there on a sightseeing tour, during which we visited the three departments:

We also interned at the Maria Skłodowska-Curie Institute, talked with doctors and were presentat the surgeries. The working day in the clinic began at 08:00. At first, my Polish colleagues and I gathered at a short meeting, discussed the surgeries planned for the day, then changed clothes, prepared ourselves and went to the surgery room.

In the surgery room, I watched the work of the surgeons, communicated with them, paid attention to how the work was organized. I tried to see and hear as much as possible, ask all the exercising questions. In the Maria Curie Clinic, the surgeries are performed well: quickly, “cleanly” and in unison. During the day we managed to see 4-5 surgeries with different doctors. In the intervals between surgeries, we examined the surgery and recovery wards, studied the equipment and instruments with which the Polish surgeons work. 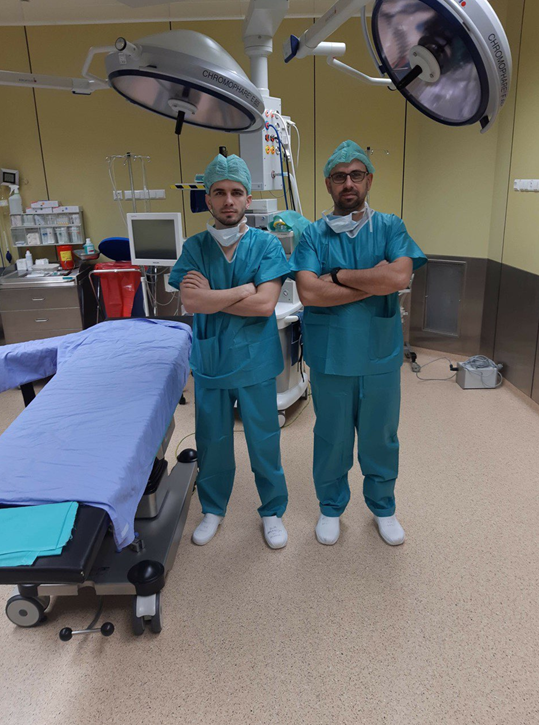 In the surgery room of the Maria Sklodowska-Curie Institute

Practical part of the internship

I could not participate in the surgeries, since it is impossible in Europe tooperate without the right on medical activity and medical malpracticeinsurance. Thus, I only assisted during the surgeries, watched how Polish surgeons work, listened to comments, noted the work details. I can apply and repeat what I sawin my clinic.

Characteristics of surgery in Poland

Surgeries are technically performed in the same way in both countries, using the same methodology. The difference is felt in the small details that help perform a surgery easier and faster. The mentality of doctors is also different: they communicate more openly with colleagues and patients. Nurses are trained better than in Ukraine.

Over the course ofthe internship, above all things, I remember a surgery that was performed by the Chief Surgeon, the Chief Doctor of the department. The surgery was complicated and long-lasting due to patient’s anatomy peculiarities. This happens in about 1 caseout of 10. During the surgery, some complications appeared. The Chief Surgeon came up to me himself and explained what had happened and why, he sketched the tumor and the surgical area. In Ukrainian clinics, the doctors usually try to hide the complications.

I directed my attention to the devices used by Polish surgeons. These are the small details thatmake the surgery easier and faster. I did not think about them before, but now I have noticed and have already ordered something for myself. For example, the forceps and special stitches that help speed up the surgery; surgical table filling nipples used to drip solution to a patient; the monopolar. 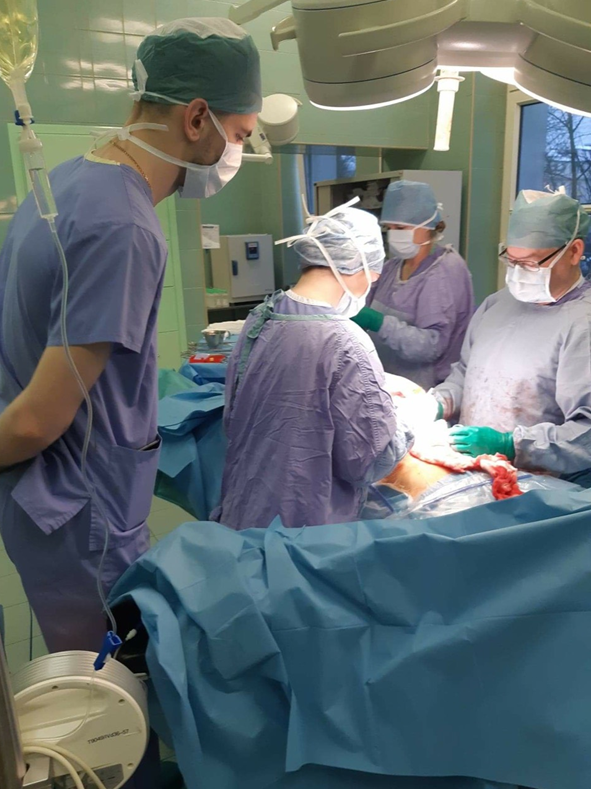 It is not prohibited to photograph during surgeries in Polish clinics. While the surgeons were working, I managed to take a few pictures.

The difference can also be seenat what disease stages the cancer patients are operated on in Poland. Mostly, these are thesecond-stage tumors. Thanks to an earlier surgical interference, the survival rate of patients is up to 100%. In Ukraine, the results are worse: we often have to treat the third- and fourth-stage tumors. Perhaps the reason is that the Poles seek medical help earlier and do not neglect the disease. 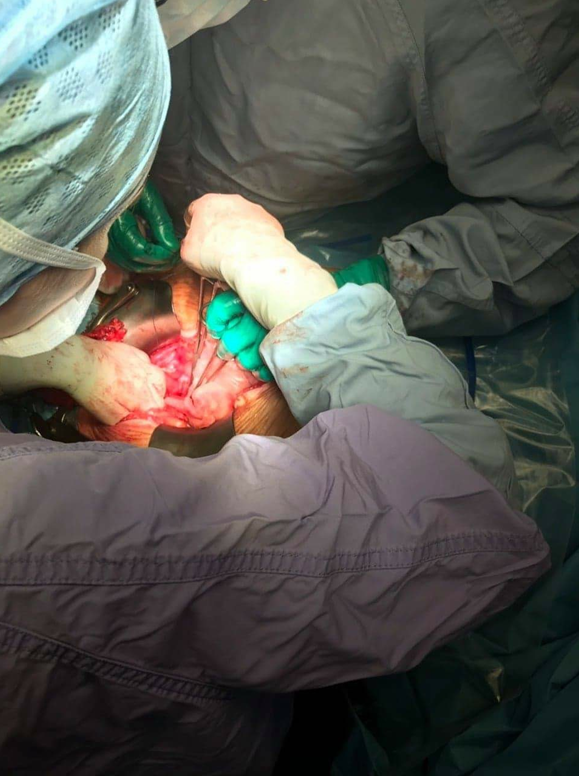 During an anterior rectum resection surgery

Polish surgeon has a different schedule than that of Ukrainian one. For example, I stay in the clinic since the morning and “to the bitter end”: the working day ends at 17:00, but the work can last until 21.00. In Polish elective surgery, everything is according to schedule. The salary of a doctor does not depend on the number of surgeries. Per day, he/she operates on two patients and goes home. In Ukraine, one doctor often performs 5surgeries per day.

I have been to Poland many times before: both for myjob and on vacation. I am fluentin Polish, but I often needed help of a translator in the clinic. All five days, the curator from the Euromed Foundation helped us,shestayed with us even in the surgery room and helped us to communicate with the surgeons.

Participants of the internship can move into a hostel or hotel which is offered by the Euromed Foundation. But I decided to organize my living on my own. My partner and I arrived 2 days earlier in order to have time to take a walk around Warsaw and rented a separate apartment.

We also cooked on our own, but only a couple of times, more often, we ate in restaurants. In Polish restaurants, food is tasty and inexpensive. My favorite restaurant is “Red Boar” (“CzerwonyWieprz”). If you want to try delicious Polish dishes, visit the restaurant“Zapietsek” (“Zapiecek”). I recommend you to order the Flaki soup. It does not sound very appetizing, but it is very tasty.

In our free time we walked around Warsaw, explored the city. We visited the Copernicus Science Center, went to get gifts for our relatives at the shopping center “Arkadia”. At the beginning of our visit, the Euromed Foundation organized a sightseeing tour of the city.

During the February internship, it was important for me not only to look at Polish hospitals, but to study their work from the inside.

The Euromed Foundation organized an internship during which we visited all the planned surgeries, talked to the surgeons, learned how the work in the department was organized.

Medicine is a science that requires constant improvement and knowledge renovation. The experience exchange is an integral part of the medical practice of every self-respecting doctor. That is why everyone should go, watch and learn!

I saw a lot of interesting and useful things and will use this experience in my practice.

Leave a request for a consultation
right now!